Snapchat and its Amazing Friendly Features

Snapchat and its Amazing Friendly Features. In the hustle and nimble of times, we all are surrounded by social media which has become our primary source of communication. With so much advancement in late 1990s and early 2000s, the world was bestowed. With many means of communication and information sharing sources. When lately in September 2011, Evan Spiegel, Bobby Murphy, and Reggie Brown introduced this sublime and unique application called “Snapchat”.

The app was originally formed for person to person photo sharing. Which has evolved now and we can even have stories put up for 24 hours maximum. Which can be viewed by the friends we have added. Snapchat became much more famous with time. With its unique filter additions to the basket, which elicited as well as excited the users to use it more.

Snapchat’s primary usage is the multimedia messaging which can consist of a text, image, or a short video. Appending of numerous exciting filters, effects, on-screen captions and drawings have made it more amusing and entertaining. This messaging in Snapchat language is referred as “Snap”.

Probably, one of the hilarious yet agreeable feature is that the text or a short video disappears after viewing. it means we cannot access it again. Moreover, if someone tends to take a snapshot of other friends screen or a story. the Snapchat immediately sends a notification to the other person about the snapshot taken. This is usually fuming for one person but still an exuberant feature of Snapchat.

Snapchat One of the most enraptured and enlivened feature is that we can make streaks with our friends. Streaks in Snapchat refers to sending at least one snap within 24 hours. And receiving at least one snap from your friend too within 24 hours. This will increase the score tally that is written in front of our friend’s name. This is usually captivating and fascinating. As two friends who may be distant from each other can typically share their daily workouts, outings. Or simply whatever the wreck or maybe call it as fun they are doing in their lives. Snapchat and its Amazing Friendly Features are user friendly. Snapchat and Instagram are the most famous nowadays.

Since, we know the world is evolving and getting out of traditional ways of payments. So inculpating it,  Snapcash introduced by Snapchat. That enables the friends to typically share money with each other conveniently. This is done by private messaging. And it is as safe as branch banking.

Since Snapchat have  229 million current  users in the whole world. Therefore, many businesses cashed this opportunity. And now we see many major brands endorsing there products and services in Snapchat.

The advertisements are put in between stories of two of your friends. And hence mass population is targeted through this.  Marketing by brands in Snapchat has brought up positive impacts in sales for brands; hence. Snapchat has been a platform for other businesses to grow too.

Snapchat has been wonderful platform

The Snapchat app provided a lot of buzz to the users. We can easily say because of its regular new exhilarating updates. The application has been a major source of entertainment among the youth. And spitting facts about the age.  Since naturally, females are more alluring towards the pictures, colors, creativity and connection. Therefore 60% of users are females.  This app has been wonderful platform for people. Who want to enjoy the lives to their fullest. 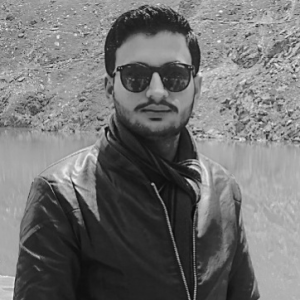 I AQib ShAh am an Aeronautical space engineer and technology lover. Blogging is my passion and I love to write about technological wonders. A lot of progressions achieved by mankind is the result of tremendous efforts. Being an SEO professional with around 4 years of experience with good leads I provide SEO services to top-level companies around the globe.

To Do List to Launch a New WordPress Site

Should you trust WordPress hosting for your E-commerce website?

2 thoughts on “Snapchat and its Amazing Friendly Features”